Showing posts from December, 2008
Show All

For this 3 weeks holiday, I am not moving. I felt my clock had stopped. Slack all the way to school reopen. And if you ask me where have I been for this 3 week I can proudly tell you, I can count with one hand. Maybe to Wistma with Shi Hao and Xin Yan for project. Hmmm night cycling and Christmas celebration with classmate of course. 3 outing for 3 weeks. I mean I don't think it was cool. My phone had not been ringing for the past few days or weeks. It means no one is looking for me, no one is asking me out and no one is missing me. But btw, just to let you know, even if you have asked me out, I wouldn't want to also. Because I am tired with my life. I tired with people. Am I turning into a freak?? Fuck the assignments. 6 project all at one time and 3 practical reports. And thanks to previous EWT student to spoilt the whole fucking market. Hmm, let me recall... year 1, I was doing hydraulic report with contents amounting to 1 piece of foolscap. I scored average 8/10. Due
Post a comment
Read more
- December 25, 2008
AHHHHHHHHHHHHHHHHHHH... I took so many many many many nice photo ytd. But but... okie let me tell my story first. Christmas celebration with 18 participant, initially went with my classmate to eat "spicy girl" stream boat. So difficult to find place to sit. There were me, Shi Hao, Ting Hao, Wei Heng, Yan Ru, Ronnie, Elgin, Hanz and girl friend. Then we went to join Yi Wei and co, Zhen Hao and co, Vincent and Co, Wei Heng's friend and co and Qing He at Dolphin. Super crowded at our table. Where I took so many nice photo, one of the very best is the one I took at the burning Chevias in rock glass. So nice So no photo to update :( Hohoho.... But I found something funny. I saw my old friend on the stupid youtube. She was my secondary friend's friend. It so funny to see how stupid she look inside youtube. Haha
Post a comment
Read more

Yesterday went Jeremy there and help out for one day. Hmm, it is a second hand shop selling handphones. So I sold my Omnia for $650 with $20 profit, then I wait till someone trading in his N95 8gb, I took in for $400. So I still pocket $250 back. Well, its really a good catch to get N95 8gb for $400 where the market rate for second hand is selling for $550. So although, I changing my handphone like my undies but actually I always earn from it, instead of topping up cash :p So for previewing purposes, all picture is taken with my N95 aka "Hei Fei Zao" All picture taken with my new N95 8gb, for previewing purposes. I was thinking of buying a Crumpler or a Manhattan Portage bag for my christmas present. But in the end, I brought the Project shop bag for $170. Hmm, more of implusiveness. But I hope this bag and look real good on me and able to withstand strong load. Then at least the money will be well spent. THE FRONT VIEW INSIDE VIEW THE BACK VIEW I think it is sup
Post a comment
Read more 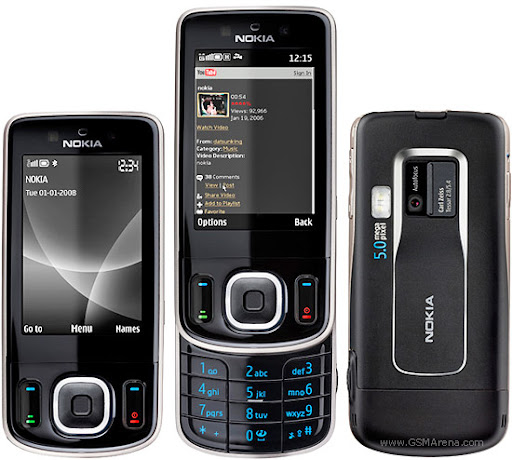 After common test, I very much got nothing interesting going around except to stay at home to rot. After looking up for many many phone. I still can't decide on which phone should I get. Actually, my ideal phone spec is as follows: good battery life ( 3 days per charge with moderate usage ) stereo twin speaker for loud and clear music vibration should be strong 5 mp camera with xenon flash preferably WiFi enabled ergonomically slim and fit nicely in hand ( not too small either ) basically its so simple but I just cannot find a phone that had all the feature. Always just lacked one or two or the above. and yes, not even one should be missing. After everything, N82 is the closest it can get. What stop me from buying is because it is considerable too big for me. Not ergonomic. But N82 picture quality is impressive. The best after N95. And be reminded that picture quality had totally not correlation with its mega pixels. 8 mp not = good 3.2 mp not = no good Seriously now I am lo
Post a comment
Read more 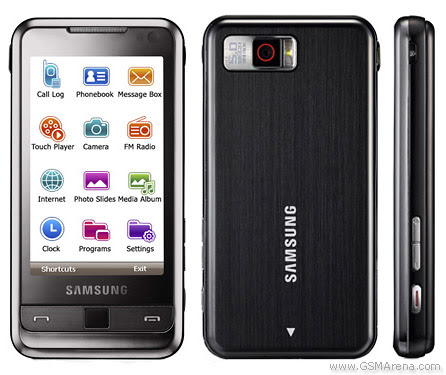 An internet guy try to unbox his Omnia And yes, I brought it. Samsung i900 Omnia... Don't worry Vincent, I had a feeling I not going to use long for this phone also. As the name "Omnia" had already suggested in Latin, that it is all in one phone. I almost felt instantly in love with it posh finishes and its capability as a PPC. If really i had to spell any bad point of it, well, battery life sucks on board QWERTY keyboard was useless led light was well having without omnia pic taken during day: woah!!! impressives omnia pic taken during night : very noisy even when i used night mode Omnia pic taken in complete darkness: Even with Led light flashed, it looks rubbish. Then I guess some people may say, it is a phone, if you want so clear get yourself a digital camera. If you are those people who thought so, then you are very very dangerous, cos there are really great camera phone like the really great ones are, N95, N82 and my ex 6220 classic Taken with my ex 6220,
Post a comment
Read more

- December 13, 2008
I am very upset about my present life in school. Never had I felt so miserable in school life. I was always those happy go lucky type during secondary. Never had to remember to complete assignment. Give a fuck during test and exams. Cause they doesn't really matters to me. That was because I had friends of my own kind then. Sort of "peer pressure" or "peer encouragement" from them. I only had to follow what they are doing. They fail test, I fail.. They skip class, I skip.. See so easy, no stress and happy. But now, everyone is so broken up, all coming from different directions and heading to different ways. Everyone having the "mind your own business" attitude. (I include myself inside of cause). So everyone is shut off. I don't feel like I have a clique. I don't even feel that I had any friends. (of course I am refering to close one). But instead of saying people are shutting me off, or is it that I am shutting people away? Reason being age
Post a comment
Read more
- December 12, 2008 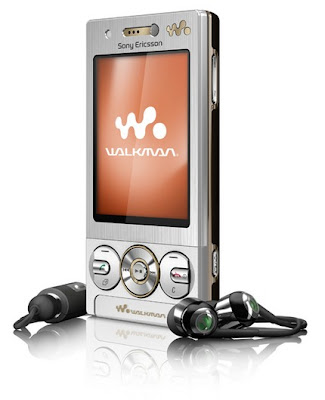 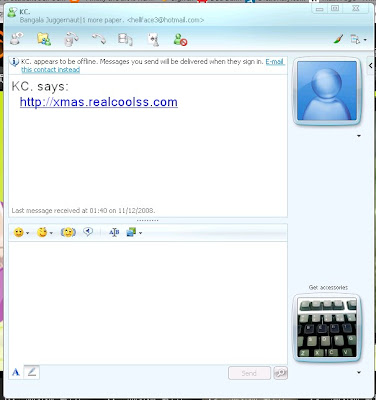 Realcoolss.com spam, virus, spyware or whatever bombastic technical terms you can think of. I am so sick and tired of all this little pop up from all over the net. Somemore it is from friends that you know. I really feels like blocking their contact because I wanna avoid all this spyware. And you think that is not frustrating enough, there were also spyware from cbox and spam mail in friendster. Name like "WOW" and "LOL"... Enough liao okie. Why are people so free? Instead of donating blood and fighting terrorism, they were doing virues and spyware to steal our info. I mean you want my info, you can just ask. As long its not my bank account, I can consider telling you :)
Post a comment
Read more

You see, I am so happy that I am selected to go for OIAP okie. But the next very day, I received another telling me that there are no more opening of slot in oversea branch, hence I will have to do my IAP in Singapore. No, I am not going to do IAP locally.. Then you know what, I am joing IHP. Unless they find a freaking slot for me oversea. I really wanna go oversea, arhhhh!!!! Then somemore because of the contract, I can't join NP oversea source, I need to let SC to source oversea sitting for me. Ahhh!!! I siao liao. I want to go oversea, I wanna go alone, I wanna get away.. It all shatter now. Be amazed by my BIM common test. I so exciting to use the programme. Its easiler than CAD seriously. And it is fun that you can draw from scatch: from foundation, column stump, slab then superstructure and finally all the finishing and furniture. Then after that you can view your work in 3D view, I heard that we will learn to render 3D graphic next term. I think now I am capable of dra
Post a comment
Read more
- December 02, 2008
Today went for my first lesson on the flash application. Got introduce to some basic tool function and etc. So today, I made my ever first flash movie. It looks retard I know, but that's what the teacher wants us to bring out. Draw some tree and symbolize it then duplicate it and then ar... add motion tweak and define path. Ya, basically is like that lah. Click here to appreciate. Then, recently got this retard song keep playing on the television. It goes something like: London choco roll, london choco roll, 香农又美味... something like that, and its damn hilarious loh. hahaha
Post a comment
Read more
- December 01, 2008 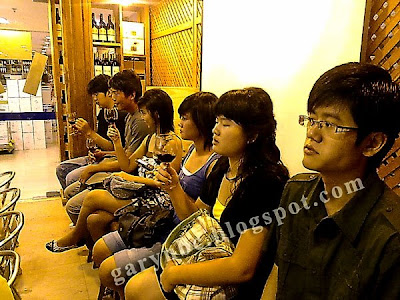 Nothing very special going on now in life. Some here and there events that took away my weekends. With common test around the corner, just have to spend more time at home studying. The more exciting event was when I attended the wine appreciation. Hmm but seriously I got no idea what the person is talking. Was it me or what? But anyway, the purpose was to get free wine which was what they had offered.. And they provide cheese and bread to 'clear' our taste bug. But we just keep eating and eating the cheese and bread. Haha.. Noise pollution is something simple to study but I just hate the module. Mrs Lee is making the whole module so difficult to study. Forget it, don't wish to talk about it. Anyway, the practical was still consider fun for me. Cause I prefer going out to do practical instead of just ripping off the internet. Me was posing with the sound level meter and measuring tape. We were suppose to prove the inverse square law of acoustic. Stating that with doubli
Post a comment
Read more
More posts